IFRAO-2024 in Perth cancelled. The Government of Western Australia has recently passed legislation facilitating the deliberate destruction of rock art 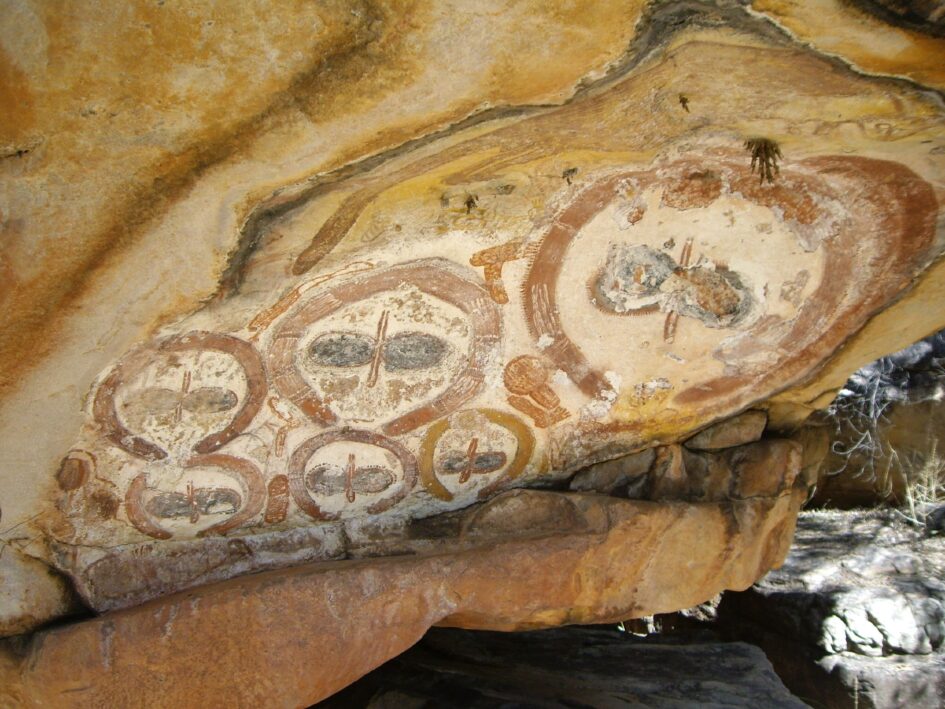 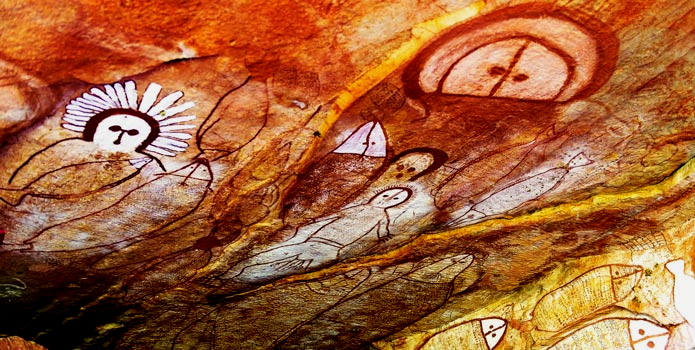 Cancellation of the 2024 IFRAO Congress

To explain the cancellation of the proposed 2024 IFRAO Congress I must begin with the cultural atrocity by the British mining giant Rio Tinto, who needlessly destroyed the Juukan Gorge rockshelters in the Hamersley Ranges of Western Australia’s Pilbara region with explosives. These sites included evidence of 46,000 years of ‘continuous’ occupation and their obliteration was followed by a global outcry. This led to a parliamentary inquiry that reported its findings in October 2021, just a few weeks before AURA accepted the Perth bid for the Fourth AURA Congress (and IFRAO-2024 Congress). It recommended a review of the relevant protective legislation and the removal especially of one controversial clause. We had every expectation that the inquiry’s recommendations would be adopted.
However, on 22 December 2021, the Western Australian Aboriginal Cultural Heritage Bill 2021 was introduced.
It remained as flawed as the Aboriginal Heritage Act 1972 it replaced. It retained the Section 18 exemptions: any decision by the Aboriginal Cultural Material Committee to preserve sites could be overruled by the Minister for Aboriginal Affairs. Of the c. 1000 Section 18 applications made since 2010, only five (0.5%) have been denied. Therefore, the destruction of Aboriginal cultural heritage has been legal in Western Australia for the past fifty years, ever since the 1972 Act was introduced. That includes the Juukan sites, whose destruction was approved in 2013 by the then Minister of Aboriginal Affairs, Peter Collier. It also includes the destruction of almost one-quarter of the Murujuga petroglyphs in the Dampier Archipelago, reputedly the largest rock art concentration on the planet. Indeed, the 2021 federal inquiry stated that the Act made “the destruction of Indigenous heritage not only legal but almost inevitable”. 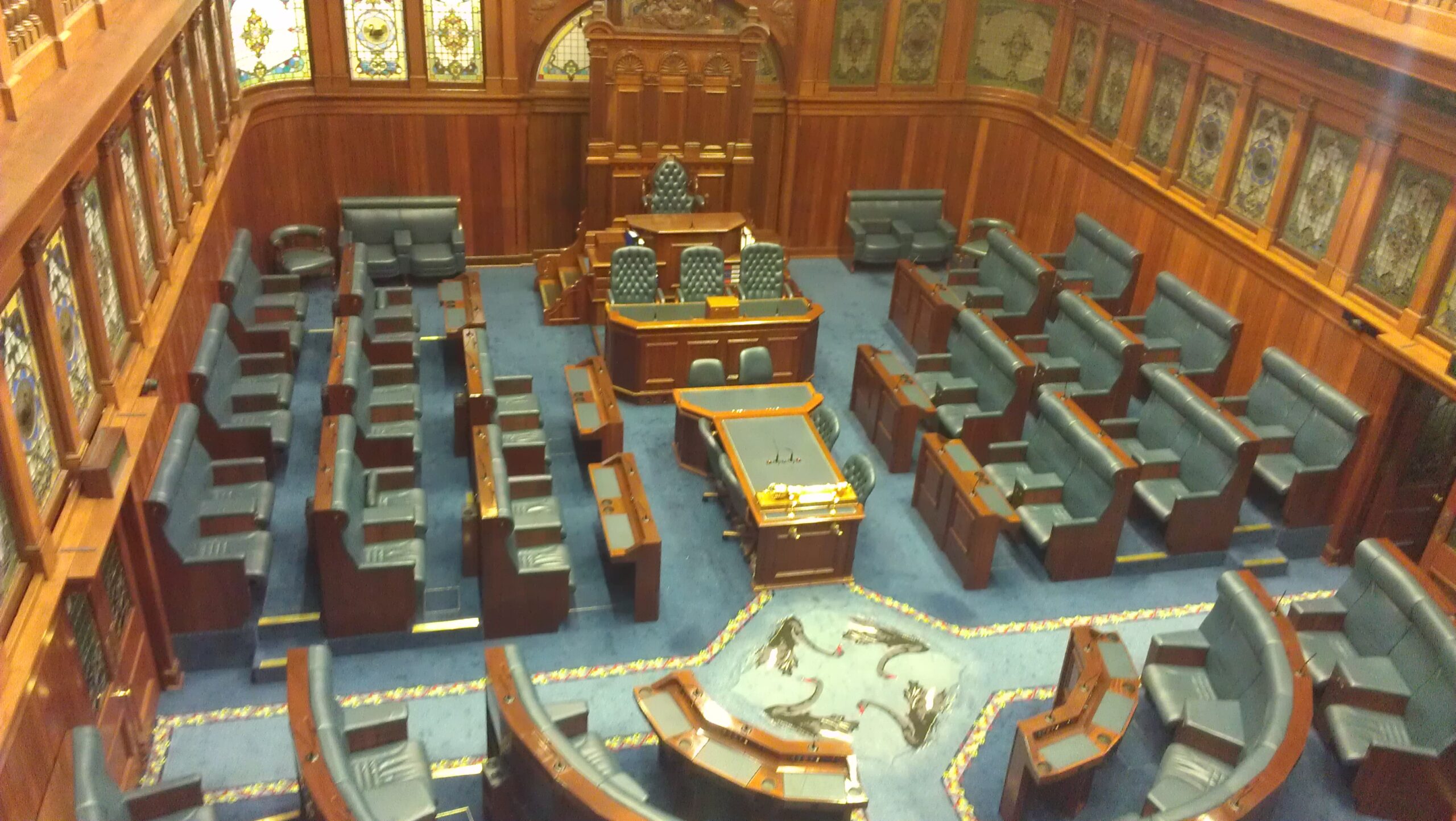 The implications of the Western Australian Aboriginal Cultural Heritage Bill 2021 for the state’s extensive rock art are profound. For powerful corporations like Rio Tinto, BHP and Woodside, who pay consultants for securing their exemptions and for the (highly lucrative) removal of rock art, it will simply be business as usual: the legal destruction of rock art sites will continue. With the new legislation of December 2021, the Western Australian government has missed another opportunity to discontinue this practice. Under these conditions, it would be inappropriate to hold the premier academic event of our discipline in Western Australia — or for that matter, anywhere in Australia. It was State Premier Hon Mark McGowan MLA who invited us to Perth. I have written to him (see below), explaining that it is no longer appropriate to hold the event in Western Australia because of the legislation enacted since we awarded the congress to Perth. It could be interpreted as an approval of the state’s cultural heritage vandalism.

Dear Premier,
We thank you for your invitation of 20 September 2021 to hold the Fourth Congress of the Australian Rock Art Research Association (AURA) and the 2024 Congress of the International Federation of Rock Art Organisations (IFRAO) in Perth. Your proposal, through Business Events Perth, was by far the best of the five venues that bid for the event. It included substantial financial support and was to be held in the state that is reputed to comprise the largest concentration of rock art in the world. These significant advantages are in addition to the many other benefits Perth and Western Australia offered to an international conference that is very much focused on an extensive field trips program occupying several weeks. Some of these advantages were rightly emphasised in your invitation.
Therefore, we had no hesitation confirming our acceptance of the Perth bid in November of last year. We were enthusiastic about the prospects of our conference being held in Perth in mid-2024. Our collaboration with Business Events Perth was exemplary, but unforeseeable events soon became a significant concern.
In October 2021, the Joint Standing Committee formed in the wake of the Juukan Gorge disaster had formulated its finding that the Aboriginal Heritage Act 1972 needed to be reviewed. Specifically, its Section 18 provisions meant that rock art was ultimately without effective protection in Western Australia, being at the mercy of the Minister for Aboriginal Affairs. Nearly all applications for site destruction under that legislation have been granted for the past 50 years. We were confident that your government would adopt the recommendations of the parliamentary inquiry. However, in late December, the 1972 Act was replaced with the Aboriginal Cultural Heritage Bill 2021, which retained the Minister’s ultimate powers. Aboriginal people are denied the right to appeal, and rock art will continue to be destroyed. The deliberate damage of monuments is incompatible with the UNESCO Declaration Concerning the Intentional Destruction of Cultural Heritage (2004, Section VI), to which Australia is a signatory. In these circumstances, it would be inappropriate to hold an international rock art conference in Western Australia and to accept financial support from a Western Australian government agency.
Therefore, we regret having to advise that the Perth AURA / IFRAO Congress is cancelled.

your message is fully shareable and contains guidelines of the highest interest.

You recalled the IFRAO 1995 Meeting in Turin, Italy, where I was President of IFRAO and how, on that occasion, Mila and the Portuguese Delegation were able to lay the foundations to save Foz Coa from the destruction planned by the Lisboa government. Another important battle was the one that IFRAO waged against the possible destruction of Rock Art located in western Australia’s Burrup Peninsula, Murujuga, one of the world’s most significant rock art regions. The fight of the IFRAO was led by you with excellent results.

It is true, if we work together we can “move mountains”; it has happened before and we must do it now too.

The Rock Art spread all over the world is a World Heritage Site that we are (and the territorial Authorities first) obliged to pass on to future generations, to our children and to our children’s children, and so always in the future.

We are not the masters of that priceless Cultural Heritage that comes from the distant past, but we must be the faithful guardians who guarantee it intact for the future.

There is a hiatus in most of the rock art districts in the world between prehistory and current times, in Australia, vice versa, there is a precious continuity between the prehistoric rock art and the cultural world of the current aboriginal populations; a further reason therefore to preserve with respect and diligence all these elements of the Cultural Heritages of every age.

Dear Robert, you who are Australian and live in Australia, you are certainly the most suitable personality to set up and lead the fight for conservation, involving all the institutions and scholars of the IFRAO, all Australian scholars (archaeologists, anthropologists, schoolteachers, etc.), public opinion, ministerial bodies for conservation, environmental circles or associations and cultural circles shouting “Save Kangaroos and Rock Art”; (in Spitzkoppe, Namibia, in IFRAO 1996 it was said: “Save Black Rhino and Rock Art”).

All institutions and scholars who manage a website are warmly invited to host the press review, deliberations, writings, reports and messages that IFRAO Convener will decide to make public and disseminated.

As of now, the CeSMAP Board of Directors has made its website available: www.cesmap.it

Assuring my maximum personal collaboration and that of CeSMAP in this battle of ethics, justice and freedom, I send cordial greetings.

This website uses cookies to improve your experience while you navigate through the website. Out of these, the cookies that are categorized as necessary are stored on your browser as they are essential for the working of basic functionalities of the website. We also use third-party cookies that help us analyze and understand how you use this website. These cookies will be stored in your browser only with your consent. You also have the option to opt-out of these cookies. But opting out of some of these cookies may affect your browsing experience.
Necessary Sempre abilitato
Necessary cookies are absolutely essential for the website to function properly. These cookies ensure basic functionalities and security features of the website, anonymously.
Functional
Functional cookies help to perform certain functionalities like sharing the content of the website on social media platforms, collect feedbacks, and other third-party features.
Performance
Performance cookies are used to understand and analyze the key performance indexes of the website which helps in delivering a better user experience for the visitors.
Analytics
Analytical cookies are used to understand how visitors interact with the website. These cookies help provide information on metrics the number of visitors, bounce rate, traffic source, etc.
Advertisement
Advertisement cookies are used to provide visitors with relevant ads and marketing campaigns. These cookies track visitors across websites and collect information to provide customized ads.
Others
Other uncategorized cookies are those that are being analyzed and have not been classified into a category as yet.
ACCETTA E SALVA
Powered by