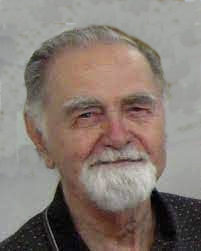 Prof Ben K. Swartz Jr. was an eminent scholar and rock art specialist. He was the representative of the American Committee to Advance the Study of Petroglyphs and Pictographs (ACASPP) and his member of reference in the IFRAO-International Federation of Rock Art Organizations. He was responsible for the drafting of the Statute of the Federation; this Statute was approved in the General Session of the IFRAO in Turin, in the Royal Castle of Valentino, in 1995, on the occasion of the Congress organized by CeSMAP, for the first time in Europe, with the IFRAO Presidency of Dario Seglie.

Benjamin Kinsell Swartz, Jr., left this life in the early hours of Saturday, October 31, 2020, at The Woodlands care facility, where he was receiving rehab following recent surgery. He was 89 years old.
Ben was a native of Los Angeles, California, 1931. He attended North Hollywood High School and the University of California at Los Angeles (UCLA), where he received BA and MA degrees.
He enlisted in the United States Navy during the Korean War and served on the aircraft carrier USS Princeton. Later, he worked as curator and research associate at Klamath County Museum in Klamath Falls, Oregon. He completed a PhD degree in anthropology (archaeology) at the University of Arizona in Tucson, Arizona, in 1964.
That same year, Ben joined the faculty at Ball State Teachers College, Muncie, Indiana (renamed Ball State University the following year), where he would serve as a professor for 37 years, finally retiring in 2001. His interest in African prehistory led to periods of teaching and research in Ghana (University of Ghana), rural Togo, and Cameroon (University of Yaoundé). Another area of research was prehistoric rock art. He spent eight summers in the Nevada desert, documenting the rock art of the White River Narrows region.
Genealogy was a major enthusiasm for Ben. Over many years, he compiled an extensive, voluminous record of his family ancestry. He was able to discover the identity of his great-great-great-great grandfather, Martin Swartz, who immigrated to Virginia in the 18th century from (what is today) southern Germany.
Another enthusiasm was mountain climbing, which spanned decades. Ben attained the summits of some thirty mountains throughout the United States and abroad, including Japan’s Mount Fuji, Mount Shasta in northern California, and Mount Cameroon, near Buea, Cameroon.
Ben and his wife China were married in 1966. Their fifty-fourth wedding anniversary came up just days before Ben’s passing.
(ds)